Filsa  was established in February 2012 and invested via Filsa Capital in iWelcome (www.iwelcome.com) in December 2012 and in Luxexcel (www.luxexcel.com) in October 2013.

Filsa Consultancy advised a number of companies succesfully in the restructuring of their balance sheet. Furthermore he was involved in the sale of Everett, a security consultancy company, to PwC.

Filsa invests since December 2017 through Filsa EAF B.V., a joint venture between Filsa and the European Angel Fund. 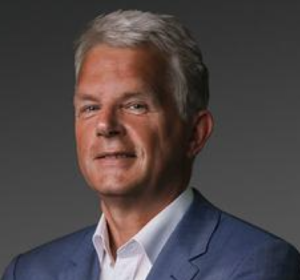 Ton has more than +25 years experience in the Telecommunications, Media, Internet and IT sector.

At Filsa he is mainly concerned with early phase SaaS companies in the security and data analysis sectors. As a consultant, he advises SMEs on (re) structuring their (capital) structure, raising capital and M & A activities.

In addition, he is Associate Partner at Improved Corporate Finance B.V. https://www.improvedcf.com. ImprovedCF is the M&A boutique-plus for mid-market, cross-border deals across well selected verticals.

Before that, he served as General Counsel Europe of Liberty Global Inc. He was responsible for all legal, compliance, regulatory and lobbying activities and he was also a member of the management team and board member at the various subsidiaries and affiliates. He had a leading role in supporting the merger and acquisition activities of the company. From 1998 to 2005 he worked at UPC the predecessor of Liberty Global Europe. He was beside General Counsel also a member of the Board of Directors and was closely involved in the financial restructuring of the company between 2001 and 2003.

Ton received the “European General Counsel of the Year 2003” award of “blue chip Corporate Counsel Award” for his contribution to the successful restructuring of UPC.

He has a law degree from Leiden University and attended several postgraduate courses including courses at IMD and Harvard Law School. 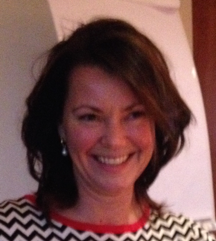 Ilmar has +25 years of experience in the Telecommunication and Energy sector and is currently following the Nyenrode Commissioners Cycle. This cycle offers participants a broad basis for a professional interpretation of their role in a supervisory board.

At Filsa she focuses on early-stage companies in the LegalTech and Renewable Energy sectors. In addition, she is available for the fulfilment of the role of Supervisory Director at these companies. She also offers consultancy services in the field of compliance, governance and commercial contracts.

She was General Counsel, Executive Secretary and Compliance Manager of Uniper/E.ON Benelux from 2011 to 2018. In this position, she was sparring partner of the management and was responsible for the legal support and compliance matters. Uniper/E.ON Benelux is involved in the construction, conversion and operation of energy production, renewable energy projects such as geothermal energy, CO2 storage, CHP, district heating. In 2011 she was a judge in training and developed and implemented a compliance program with a Euronext Amsterdam listed company.

She was previously General Counsel of KPN Mobile International B.V. from 2007 to 2011 and from 2005 to 2007 General Counsel of Sympac B.V. Both companies were KPN subsidiaries. She was a member of the management teams and was responsible for the legal activities, in particular, the establishment of subsidiaries and the rollout of services in Europe.

Before that, she held various functions as company lawyer, product manager and strategy consultant at KPN from 1990 to 2005.

Ilmar studied law in Leiden and holds also a Master in Business Telecommunications from Delft University of Technology. In addition, she holds a BA Cultural Sciences.

Filsa is supported by the EAF. EAF is an initiative advised by EIF which provides equity to Business Angels and other non-institutional investors for the financing of innovative companies in the form of co-investments. EAF works hand in hand with Business Angels and helps them to increase their investment capacity by co-investing into innovative companies in the seed, early or growth stage. The activity of EAF is adapted to the Business Angels’ investment style by granting the highest degree of freedom in terms of decision making and management of investments. http://www.eif.org/what_we_do/equity/eaf/index.htm